Using paper and corrugated board for aircraft designs 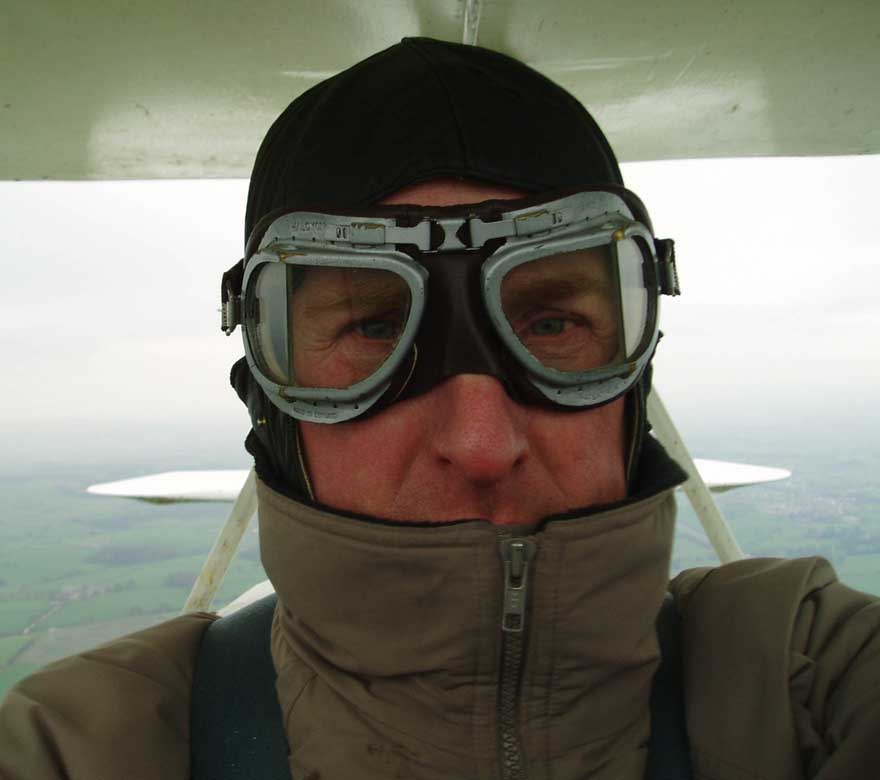 Steve Smith - Model Aviation Designer has been working to produce viable designs for model aircraft that can be built and flown in schools in a day.

The aim is to inspire young people to see themselves as constructors, creators and engineers of their world rather than mere spectators.

Why is this needed - Schools are keen to have volunteers enrich learning in Science, Design Technology and Engineering. They find the resourcing and expertise needed for construction problematic due to its infrequent use in the curriculum. They want to develop skills in school and work with readily available materials. They also want activities that bring visitors into school to help raise aspirations and encourage social mobility.

Where did we start - Rolls- Royce KS2 Forces and Motion Workshops  - These use Rolls-Royce volunteers to facilitate the design of a wing and fuselage by small teams of KS2 pupils. The wing is powered by a balloon and flies along a string suspended in the classroom . With winners being those that fly further or faster.

These workshops are tremendously successful with teachers reporting that they delivered curriculum learning about forces and motion effectively. 8 to 10 year olds gave similar reports and most importantly saw the learning as fun. Children repeatedly asked if they could fly their plane without the wire outdoors. One boy said " Its great for the classroom but its not real" .

MFMC felt this was like promising a lesson on explosions and not actually blowing something up! We decided that giving a child the whole experience and exciting them by science was probably more important than delivering the curriculum learning.

At this point Steve smith was consulted to design a recyclable plane from corrugated board that could be taken into schools by business volunteers,  built by teams of pupils and flown in a day. The first models used free flight and were missing curriculum learning on thrust, power and motion - 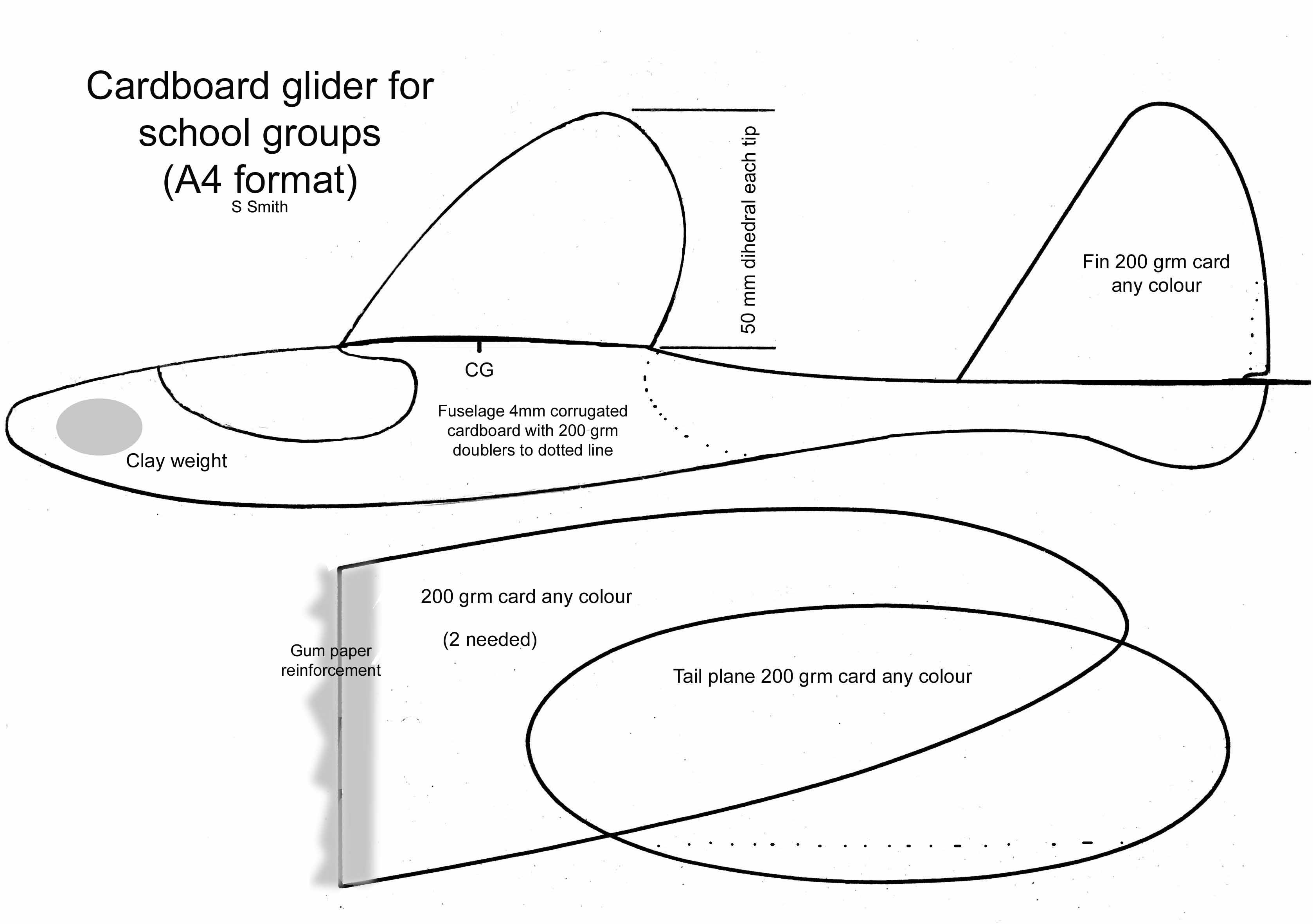 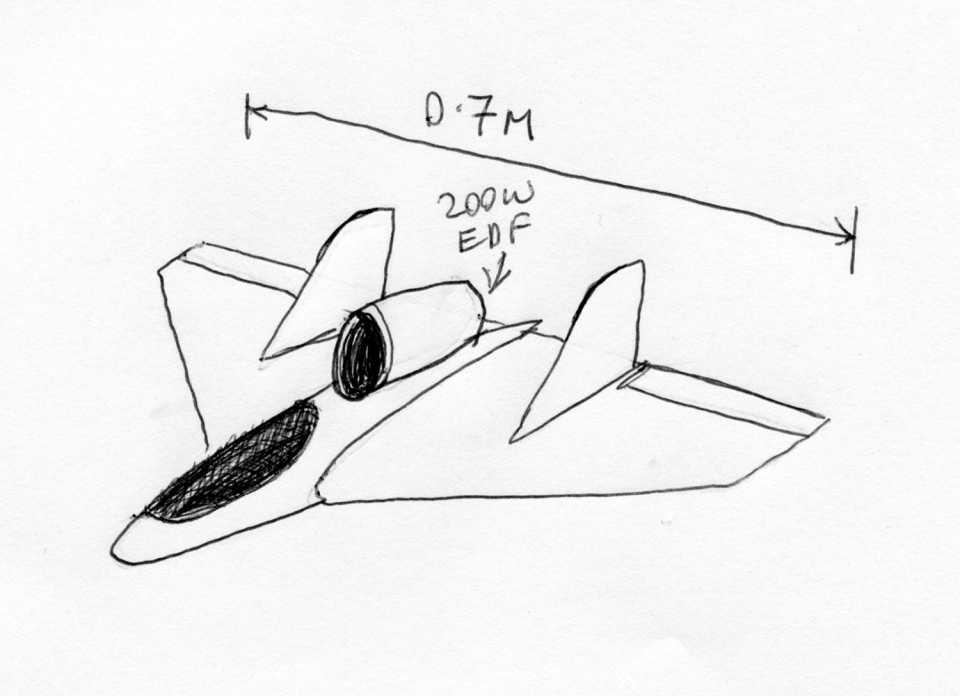 This has been tested by children as something they can build, understand and fly . 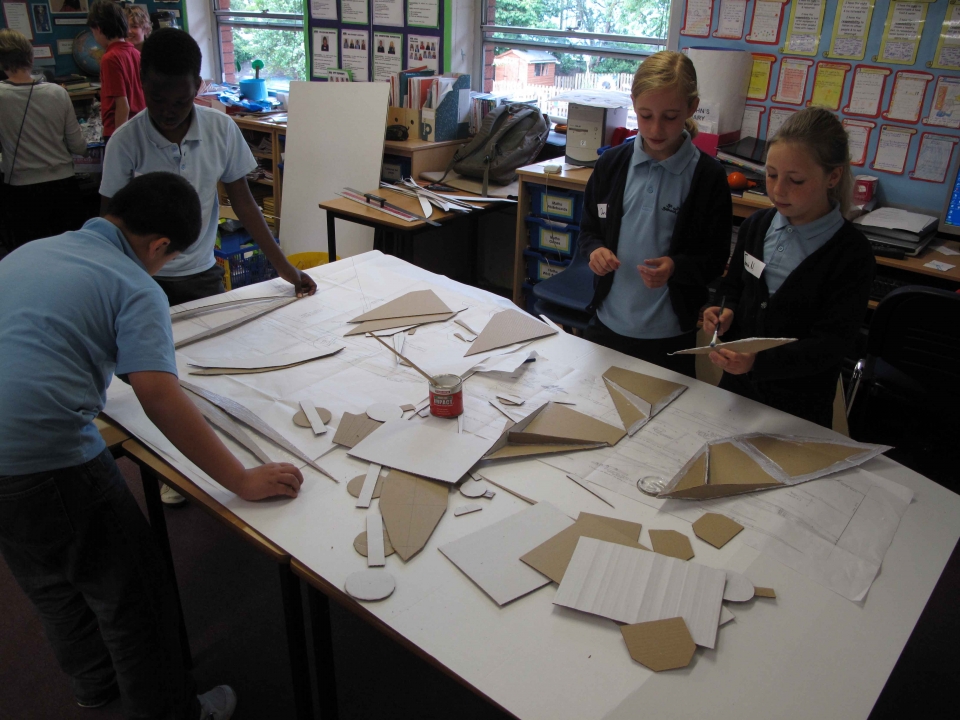 The first powered test flight - including an impressive loop a loop 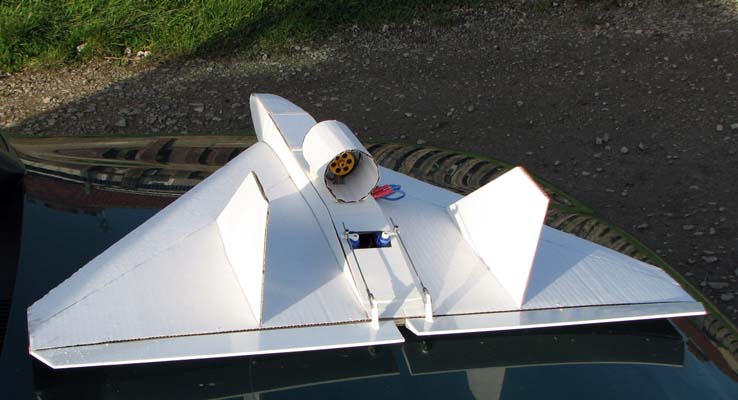 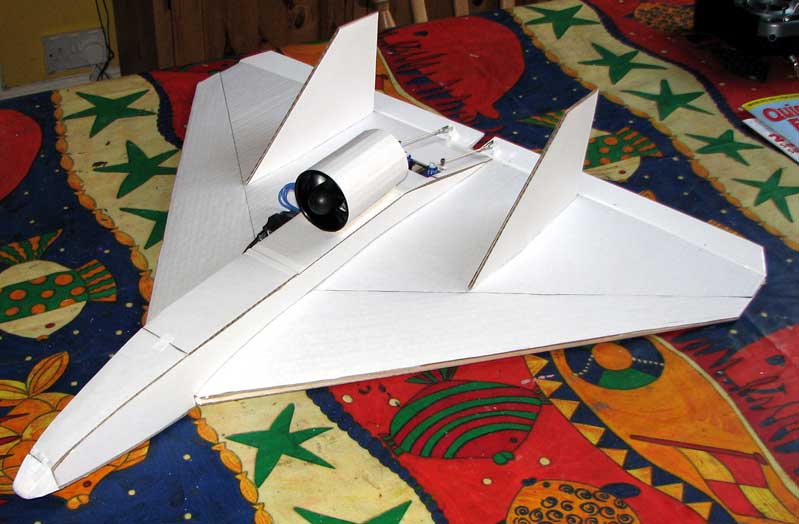 More evidence from test flights with planes made by young engineers will follow.Get in touch if you want your school to be involved.

Inspired by  others - These movies show what can be done with a readily available recyclable material.

1. Paper plane returns to earth from space. Perhaps the designers are from outer space?

Aviation designer Mike Stone shows how to fly his stunt plane. The plane loops and banks in a permanent stall and is used by NASA as part of pilot instruction.

The Velcro on power pack and radio control unit makes for quick release and reuse of the expensive part while the plane body can be re- designed by the young aviators and eventually recycled. Workshops are planned with up to 60 students from KS3 and 4 (Ages 10 -16) working with ten volunteers. KS2 workshops may need to be 30 at a time.

The interest in volunteering to work with young people on this activity has come from all directions not just the engineering sector. actuaries, lawyers and the creative media sector all seem taken with the idea.

We aim to create spectacular mass flights and competitions for planes built and designed by young people. This programme will focus initially on  working with schools near major science festivals, science parks and air shows. We are currently looking for business partners for the

Contact our aviation team for more information - 0117 3290387 or email info@myfuturemychoice.co.uk

We couldn't resist sharing this--